Merry Christmas, Happy Chanukah, Merry Kwanza, and of course there’s Festivus for the rest of us. Oh, and if you don’t celebrate any of these, than good day! I hope that you’re surrounded by friends and loved ones and that the day brings you all that you desire.

The Santa used in today’s post was drawn by John Beatty for a charity comic story that we did last year. John has posted the entire three page story on his site, so if you have the desire you can see it there. Hope that you enjoy it, if you take a look.

[This was the same Christmas day post that I used last year, but because the sentiments haven’t changed and because some new readers may have missed our Christmas comic, I’m running it again.]

I hope that no matter what holiday you celebrate, you are surrounded by friends and family.

If you like Penn and Teller then you’ll get a kick out of this clip of them having fun with cups and balls.  If you’re not a fan, then I’ll try and have something you’ll like next time. [Via Miss Cellania]

Sometimes the most amazing magic tricks have the simplest solutions… once you see how it’s done. [Via News from ME]

Although some of the scenes in this video are made using special effects [like in the photo above], the majority are real people doing really cool, really crazy and sometimes scary-stupid things. [Via Neatorama.com]

Do you love dogs?  Do you dig parkour?  If so, then you’ll enjoy this video of Tret: The Parkour Dog.   [Via Bits and Pieces]

I’m not afraid of heights.  Watching this video of a worker climbing a radio tower [and most of the time free-climbing, without a safety harness] could make me change my opinion of high places.  It’s insane to not only think that some poor worker [and I don’t care how much he/she gets paid] has to climb higher than the Sears Tower to make a repair, but it’s even more insane to think that there are folks out there who want the job. [via Neatorama]

The video has been pulled.  You can learn why here.

Although if everything goes as planned, I’ll be spending the weekend at MegaCon, that doesn’t mean that updates at the ZONE will stop.  Thanks to the miracles of modern technology not only will the ZONE continue to receive updates, but I will also be tweeting live from the convention floor.

Granted, it’s not like getting transmissions from the moon, but it is still pretty cool. I hope that you and yours have one of the best Thanksgiving Days ever. Count your blessings, eat too much turkey, ignore that family member who irritates you, make big plans, eat too much pie, doze in front of the tube, have a bit more turkey, and remember to watch a bit of the parade and some football! 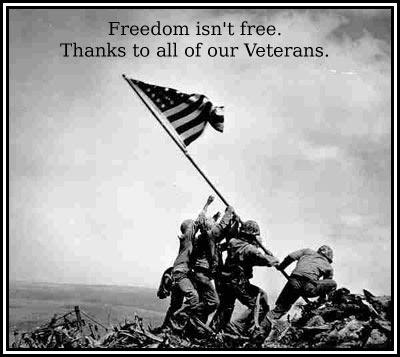 This was sent to me by my buddy, “The James” Howell.  I thought of several musicians/groups that I could use [Billy Joel, The Beatles, Bob Segar, Michael McDonald, Elton John, etc), but opted to go with The Monkees.  So using song titles from their albums, here are my answers…

Pick Your Artist: THE MONKEES
Are you male or female: A Man Without a Dream
Describe yourself: Daydream Believer
How do you feel about yourself: I Don’t Think You Know Me
Describe your current boy/girl relation situation: Heart and Soul
Describe where you currently live: Pleasant Valley Sunday
If you could go anywhere you wanted to go: Through the Looking Glass
Your favorite form of transportation: Last Train to Clarksville
Your best friend(s) is(are): A Little Bit Me, A Little Bit You
Your favorite color is: Nine Times Blue
Favorite time of day: Sometime In The Morning
If your life were a TV show, what would it be called: Looking for the Good Times
What is life to you: Hard to Believe
What is the best advice you have to give: Look Out (Here Comes Tomorrow)
Thought for the Day: That Was Then, This Is Now
How I would like to die: Love is Only Sleeping
My soul’s present condition: I’m A Believer

I’m thinking I may plan a little road trip down to the .  Anyone else going?

I’ve been tagged by Rick at On My Mind.

The Rules
1) Link to the person who tagged you.
2) Post the rules on your blog.
3) Write six random things about yourself.
4) Tag six people at the end of your post and link to them.
5) Let each person know they’ve been tagged and leave a comment on their blog.
6) Let the tagger know when your entry is up.

So here are six random things about me that you may not know:

2. My wife and I met and began “dating” in junior high. I actually told one of my buddies “That is the girl I’m going to marry” the first time I saw her… and that was VERY unlike me.  We dated on and off through junior high and high school and then again when I was about to graduate from the community college.  We got married in 1980.

3. I once caught a guy who had robbed a motel. He was armed with a knife and the cash he’d stolen.  It’s a funny story that I’ll save for a future blog post.  [I also had a guy try to pull a gun on me but disarmed him.  — Another story I’ll have to share in a future blog post.]

4. Due to the popularity of my StalloneZone website, I was contacted by Sylvester Stallone and asked to run the Official “Rocky Balboa” movie blog. I agreed and my buddy, John Beatty, joined me in the project.

5. I am quoted as an “expert” in Jake Kalish’s book Santa vs Satan: The Official Compendium of Imaginary Fights. If you’re so inclined, you can find me on page 235 weighing in on “Rocky vs Rambo.”

Now here at the people that I have tagged.

John of John Beatty Art.com.  Although he’s my best friend since junior high, I have no idea if he’ll participate or not.  If he does, I can guarantee it’ll be worth reading.

Evan of Evan Bryce.blogspot.com.  Evan is one of the good guys… and an artist to watch!

Ivan from ThrillingDaysofYesterday.  Ivan is my go-to guy on old time tv and movies!

Chris from Atomic Pulp and Other Meltdowns.  Chris is an editor and writer.  He also created one of my favorite crime comics Gravedigger: The Scavengers.

Ed of Hall Toons.blogspot.com.  Ed is a political cartoonist who isn’t afraid to take a stand.

According to this article, a leading genome researcher at Harvard says

...a Neanderthal could be brought to life with present technology for about $30 million.

Whoa!  Bring a cave man to life!  At least that’s the imagine that initially ran through my mind.  How cool would that be?

But then I gave it another second to sink in.  We wouldn’t be bringing a cave man back, we’d be artificially creating a life that would then be studied and probed and whose only purpose was scientific research.

Just because we have the ability to do something doesn’t mean we should.  Besides, once the scientists had tired of studying Mr. Neanderthal, what could he do?  Geico commercials?

[Thanks and a raised cave man club to Bill Crider for the link.]

Hey, you made it!  Thanks for making the switch with me.